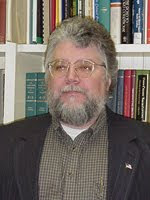 There is a very good article on The Historical Use of the Term 'Scotch-Irish' by Michael C Scoggins in which he demonstrates that Scotch-Irish  is the traditional, historical and authentic name for the descendants of Ulster-Scots who settled in America.
Michael C Scoggins is the staff historian for the Culture and Heritage Museums in York, South Carolina, and research director of the Southern Revolutionary War Institute at the McCelvey Center.  He is a member of the Scotch-Irish Society of the United States of America and the author of a number of books on American history.

The article can be found at http://newacquisitionmilitia.com/Scotch-Irish_1.htm

Posted by Nelson McCausland MLA at 16:55