Yesterday the Irish prime minister Leo Varadkar told the BBC: '"The European Union is a union of 27 member states. The UK is only one country. And we have a population and a market of 450 million people.'  He was arguing that the UK is

Yes it is true that the European Union is a union of 27 countries.

However as Alexander Von Schoenburg recently pointed out in a British newspaper: 'Your economy is bigger than the 18 smallest EU countries combined. This means in economic terms that the EU will lose not just one member state — but shrink from 28 members to ten.'

Leo Varadkar should remember that arrogance is never attractive and that a little more modesty would go a long way.

The United Kingdom may be a country of modest size but it has the fifth largest economy in the world.
Posted by Nelson McCausland MLA at 10:01 No comments:

Last month was the centenary of the birth of Hugh McCalmont Cairns (1819-1885), who was Lord Chancellor of England 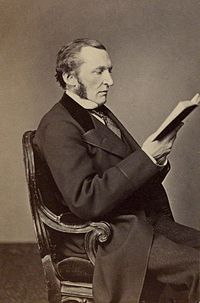 Born in Belfast and named Hugh McCalmont Cairns, it is not difficult to recognise him as an Ulsterman with Scottish roots and heritage.

The first of the family to settle in Ulster came from Kirkcudbright in Scotland.  They were a distinguished family and a baronetcy, which soon became extinct, was conferred on an Alexander Cairns for military service under the Duke of Marlborough.

Hugh McCalmont Cairns was the second son of William Cairns, who had been born at Parkmount in north Belfast and had served as a captain in the 47th regiment of foot.  His mother was Rose Anna Johnston, daughter of Hugh Johnston, a Belfast merchant.

Hugh McCalmont Cairns studied law and was called to the Bar in 1844 but in 1852 he entered parliament as MP for Belfast, a position he held until 1866.

Cairns was a devout Christian, with a firm faith in Jesus Christ, and he was a thoroughly evangelical Protestant.  He never allowed the demands of his legal and political work to impinge on the Lord's Day and for many years he was a Sunday school teacher.  Here was one of the great statesmen of the day, a man who deliberated on weighty matters of law, taking the time to teach boys and girls.  He was also a keen supporter of the philanthropic work of Dr Barnardo and Cairns House, one the Barnardo homes, was named after him.

He loved to hear the gospel preached and once said that to hear D L Moody preach the gospel and Ira D Sankey sing the gospel was the richest feast he could enjoy.

The centenary of the birth of this great Ulster-Scot passed, as far as I can see, unnoticed and that is regrettable.  A Conservative statesman, an evangelical Christian and a convinced unionist, he is someone who deserves to be remembered.

The current Lord Cairns is Simon Dallas Cairns, 6th Earl Cairns, who was born in 1939.

Posted by Nelson McCausland MLA at 07:04 No comments:

Yesterday Mary and I met up in Belfast city centre and went into a shopping centre to get something to eat.

At the tables beside us were a group of young people with learning disabilities, who were chatting away to each other..

The person nearest to us was a teenage girl with Down's syndrome and we were both struck by her laughter, her intense conversation with her friend and especially her ability with her iphone.

Indeed Mary and I both remarked that we would love to have some of the technical facility with the iphone that she had displayed.

Here was a young woman who was enjoying life, experiencing joy and bringing joy to others, and yet if she had been conceived in a country such as Iceland her life would almost certainly have been ended before she was born.

In Iceland almost all unborn children who are believed to have Down's syndrome are aborted.

Pro-abortionists in Iceland claim that they have virtually eliminated Down's syndrome through abortion and indeed only two or three children are born each year with Down's syndrome.

However as American actress Patricia Heaton tweeted: 'Iceland isn't eliminating Down syndrome - they are just killing everyone who has it.'

Posted by Nelson McCausland MLA at 03:30 No comments: