During a visit to the Capitol building in Austin we saw three magnificent paintings by Belfast-born artist Henry Arthur McArdle (1836-1908).  The following photographs show the two largest works, Dawn at the Alamo and The Battle of San Jacinto, which hang in the Senate chamber. 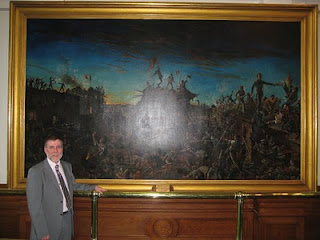 Dawn at the Alamo 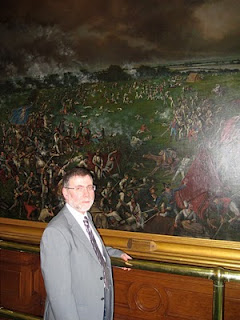 The Battle of San Jacinto
There is another painting by McArdle in the Capitol and that is entitled The Settlement of Austin's Colony.
I was interested to hear the guide who conducted our tour of the Capitol refer to Sam Houston and others as Scotch-Irish and was also interested to hear him describe McArdle as being 'from Ulster'.
Posted by Nelson McCausland MLA at 15:40