The current issue of the DRD magazine On The Move reports the unique challenges surrounding the Antrim Coast Road, which was originally constructed in 1842 by the 'men of the Glynnes'. 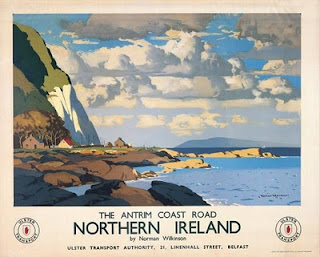 It did not require any major improvement works until 1967, some 125 years later.  At that time a new section of road was constructed further out to sea to remove any danger from the eroding rock face south of Glenarm.  This stretch of road forms a physical barrier to the sea erosion on one side and the cliff and land erosion on the other.
Posted by Nelson McCausland MLA at 07:28