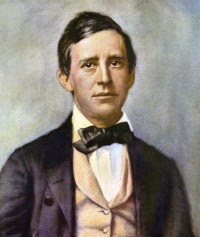 Stephen Foster went on to write over 200 songs including some of America's earliest and most famous songs.  Songs such as 'Oh! Susanna', 'Camptown Races', 'Old Folks at Home', 'Hard Times Come Again No More', 'My Old Kentucky Home' and 'Beautiful Dreamer' remain popular over 150 years after their composition.
The play, which will feature a number of Foster's songs, is being written by local playwright Peter McDonald  and will be directed by Anne McMaster.  It will be performed next April and the Playhouse will be holding auditions for various parts later this year.
The producer Martin McDonald said, 'We are absolutely delighted to announce this brand new Playhouse production. Stephen Collins Foster is a fascinating character to study, he was an immensely talented musician, and we really wanted to tap into the fact that his grandfather (sic), Alexander Foster, emigrated from Derry in 1735.  He is an important part of the history of this city, and we are keen to celebrate this connection.'
I must congratulate the Playhouse Theatre on commissioning a play about this great Scotch-Irish songwriter.  This will undoubtedly raise awareness of one of the iconic figures in the Ulster-Scots diaspora.
Not only did Foster have family roots in Ulster but so did his wife, Jame McDowell, whom he married in 1850.  Her ancestors came from Glenoe in County Antrim.  The Foster family valued their Ulster-Scots heritage and Stephen's brother Morrison Foster was a member of the Scotch-Irish Society of America.

Posted by Nelson McCausland MLA at 10:09