Recently I came across an article in the Daily Telegraph (5 October 2010) about a report entitled The Future of Generation Y.  It is a study of religion, published by the Church of England and looking at people born after 1982.

The article referred to 'a faded cultural memory' of Christianity and suggested that 'the chain of Christian memory' had become 'eroded' in Britain.  'It is undoubtedly the case that the Christian memory is very faint and in many respects Generation Y are a largely unstoried and memoryless generation,' the study said. There are some interesting phrases in those quotes - 'a faded cultural memory', a 'chain of memory eroded', and 'a largely unstoried and memoryless generation'.
The report used these phrases in relation to the religious and spiritual life of a younger generation in Britain but they could also be used in a cultural context about many young people here in Ulster.  There are young people coming through our education system today who know little about their history and heritage.  They are 'largely unstoried and memoryless', they have 'only a faded cultural memory' and the chain of cultural memory has been eroded.
That is why it is so important that all our schools implement the cultural rights of the children who attend them.  Some sectors within our education system do provide a rich engagement with the history and the heritage of the community from which they come but that is not the case in all schools. 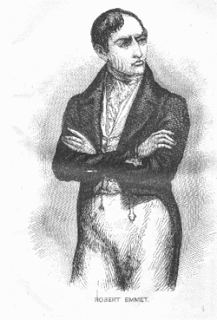 I remember being at an event in a Roman Catholic secondary school and it was reported that the school had staged a play about Robert Emmet, who staged an abortive rebellion in Ireland in 1803.  The governors and the teachers had no qualms about staging such a play and they considered it perfectly appropriate.  It was part of the political history of their community and they were exploring it, if not commemorating it or celebrating it, through drama.  As I thought about it, I asked myself if it was likely that a controlled school in a Protestant and Unionist community would consider staging a play or similar event to explore the Siege of Derry or the Glorious Revolution.  I suspect not - certainly it is something I have never come across in all my years of involvement with education.
Children emerging from the Roman Catholic sector or the Irish medium sector do so with a strong sense of their cultural identity, whereas children in Protestant and Unionist communities often emerge 'unstoried and memoryless'.
That situation was confirmed for me on Saturday night when I met a community-based cultural development worker whom I had not seen for some time.  He had been working with young men in a loyalist community in Belfast and he spoke of their lack of knowledge about the 'stories' and 'memories' of their community.  Yes thise 'stories' and 'memories' are passed on to some extent through the home but the school and the media also have a role to play.

The same is true as regards traditional music.  Most Roman Catholic schools have an Irish traditional music group but how many schools in Protestant and Unionist communities have a fife and drum group, or a flute, accordion or pipe band?  With the best will in the world, not too many young people get excited about learning to play the recorder but many young people will devote a considerable amount of their own time to learning to play music in the ranks of a band.  That is why the introduction of lambeg and fife tuition in a number of secondary schools, such as Belfast Boys' Model School, is something that deserves to be replicated more widely.  It has already happened in a few schools, with very positive results, and there is absolutely no reason why it cannot happen in others as well.  The Lambeg drum is of course Ulster's unique musical instrument!
When people have a good understanding of their history and heritage, they have a cultural confidence that can enable them to engage more confidently and willingly with others, and that must surely be our aim for the future.
Posted by Nelson McCausland MLA at 14:10