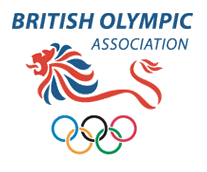 The British Olympic Association is an independent body that oversees the United Kingdom team in the Olympic Games and it is the national Olympic committee for the UK.  The president of the BOA is HRH The Princess Royal, Princess Anne.
However some years ago the BOA decided to brand the UK team as Team GB.  That is clearly an inaccurate and inappropriate name in that it ignores and excludes Northern Ireland, which is not part of Great Britain but is part of the United Kingdom.
The issue raised some comment and controversy around the time of the 2008 Beijing Olympic Games and continued sporadically after that.  My predecessor Gregory Campbell MP MLA wrote to the BOA during his term as Sports Minister arguing the case for the team to be rebranded as Team UK.  He has also raised the matter at Westminster and I have continued to lobby the BOA.
There is a growing recognition of the validity of our case and I raised it again at the UK Sports Cabinet meeting on 15 February 2011.  The Sports Cabinet consists of sports ministers from across the United Kingdom and I was pleased that they agreed to write to the BOA calling for a change of name.  This was a very significant development and the letter should arrive with the BOA very soon.  We will then await their consideration of it.
Yesterday I met the UK Sports Minister, Hugh Robertson MP, at Stormont.  We discussed a range of sports matters and this was one of them.  From speaking to politicians and other stakeholders across the UK I think there is a increasing acknowledgement that our request for a renaming is a perfectly reasonable request and that it would be the right thing to do.
Northern Ireland is an integral part of the United Kingdom and it is our team.  Moreover Northern Ireland athletes have contributed significantly to the success of the UK team.  It is simply wrong that Northern Ireland is excluded from the branding of the team and it creates the impression that Northern Ireland is not part of the UK.

This is an issue that will not go away until it is resolved and the team is rebranded as Team UK.
Posted by Nelson McCausland MLA at 01:03