The nasty side of Niall 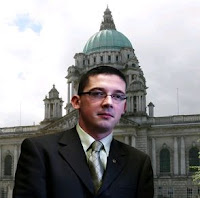 Niall O'Donnghaile, a Sinn Fein councillor and Lord Mayor of Belfast, has certainly created a storm of controversy by his refusal to present a Duke of Edinburgh award to a young member of the Army Cadet Force at a ceremony in the City Hall.
He is a young mayor but certainly not inexperienced.  He worked for some time as a press officer for Sinn Fein in the Assembly and he is normally very media friendly and media savvy.
He has sought to present himself as a mayor for all the city but once again he has failed to live up to that claim and in so doing he has caused great offence.  Normally he tries to present a very personable image but last night the mask dropped and we saw the nasty side of Niall.

This was a snub to a young person whose dedication and achievements were being acknowledged.  Altogether 166 awards were being made and the Army Cadet Force is just one of a large number of youth organisations which make the Duke of Edinburgh programme available to all young people, Protestant and Roman Catholic.  To snub this young person in the way that he did was inexcusable. 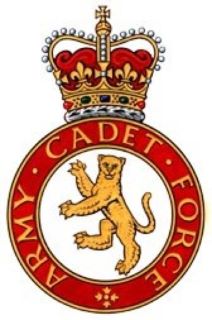 A DUP councillor described the incident as 'a scandal', a UUP councillor said, 'He's bringing the office into disrepute', and the leader of the Alliance Party on the council said she was 'appalled'.  As yet the SDLP has not commented.  I welcome such cross-party disgust and I hope that this finds expression in the proper place, within the Council chamber.

I am sure that some who have rushed to invite Niall O'Donnghaile to events in unionist communities must now be reflecting on their decision and I am sure that others, who are contemplating extending invitations to him, will pause to think again.  This is not something that will blow over in a day or two.  It is another major blemish on his term in office.

I said that Niall O'Donnghaile is very media-friendly and that is reflected in the fact that the BBC has commissioned a documentary on his year in office.  An independent television company has been filming him during a number of mayoral engagements and indeed the company has requested to film the next Council meeting on Thursday evening.  In that context he could not have picked a worse time, from his point of view, to get it wrong.  He was obviously hoping for a council meeting that would show him in a good light but his snub to the young girl will undoubtedly be the subject of robust comment on Thursday evening and, if the television cameras are admitted, those comments will be made in front of the cameras and will become part of the documentary.

But in the midst of that controversy there is another matter which should not be overlooked.  Niall is certainly media-friendly but it seems that the BBC is also Sinn Fein-friendly.  The last time that the BBC commissioned a documentary on a Belfast Lord Mayor was in 2003 and that was Councillor Alex Maskey, another member of Sinn Fein.  Moreover, as far as I can recall, they are the only two mayors in recent years to be the subjects of a special BBC documentary.   There have been mayors from other political parties, DUP, UUP, SDLP and Alliance, but it seems that the only party to attract the interest of the BBC is Sinn Fein.  The BBC Charter requires the BBC to act in a balanced way but there is nothing balanced about this.

Posted by Nelson McCausland MLA at 16:30