Nuala McKeever and the 'Orange band' 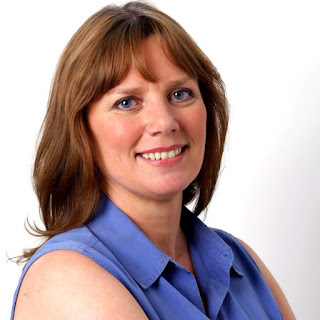 Earlier I posted about an article written by the actress and broadcaster Nuala McKeever in the Belfast Telegraph (16 July).  In it she described the Orange Order as 'triumphalist'.  Indeed she went further and said: 'For the Orange Order and their followers, the whole basis of their existence is triumphalism.'
In the same article she also criticised the YCV flute band and it is worth noting what she said about them:

On Facebook someone posted video he'd taken with his phone of an Orange band.  They stopped outside St Patrick's Catholic Church in Belfast and rather than marching on, proceeded to march in a circle, banging the drums and playing flutes, cheered on by the crowd.

When some of the heavies realised they were being filmed, they attacked the guy with the phone.  Respect eh?

On my previous post I dealt with the fact that the band could not 'march on' because the whole parade had halted.  Nuala McKeever also complained that they were drumming and playing flutes - well, surprise, surprise, Nuala, that is what bands do, they play musical instruments!
Therefore I am grateful to a friend for drawing to my attention an interesting insight into Nuala McKeever's article.

The video clip had been taken by J J Magee, a senior Irish republican and member of Sinn Fein.  He posted it on his Facebook page at 00.05 on 13 July and various comments were posted over the next few hours but the most interesting appeared at 9.46 am and it was from Nuala McKeever, yes the very same Nuala McKeever.  She commented: 'Have you sent this to any news media?'

Now I suspect a media-savvy member of Sinn Fein did not need much encouragement to do that but it does let us know that Nuala McKeever was less than forthcoming in her article.  She referred to the person who took the video clip as 'someone' and 'the guy' but in fact it was one of her Facebook 'friends'.  She knew his name, J J Magee, but didn't mention it and she knew he worked for Sinn Fein, but again she didn't mention it.  Ms McKeever was certainly being a little coy.
Posted by Nelson McCausland MLA at 11:17