The city of Camden is the county seat of Camden County, New Jersey, and a suburb, across the Delaware River, from Philadelphia.
The names of Baird Avenue and Baird Boulevard in Camden remind us of a family that was once prominent in the city, a family of Ulster-Scots.

He emigrated from Ulster to the United States in 1856, following his brother William, who had emigrated some years earlier, and he joined him in Baltimore, Maryland.  David entered the lumber business in Port Deposit, Maryland, and then in 1859 he moved to Camden, where he continued in the lumber business and also engaged in banking.

On 23 January 1868 he married Christiana Beatty, daughter of William and Mary Beatty of Philadelphia.

He was a member of the Board of Chosen Freeholders of Camden County from 1876 to 1880 and also served as the sheriff of Camden County from 1887 to 1889 and from 1895 to 1897.  David Baird was an unsuccessful candidate for election to the United States Senate in 1910 but he was appointed to the Senate on 23 February 1918 to fill the vacancy caused by the death of William Hughes.  Subsequently he was elected as a Republican on 5 November 1918 and served until 4 March 1919, when he did not run for re-election.

Afterwards he resumed his former business pursuits in Camden and was a prominent figure in the city.  He attended the Centenary Methodist Episcopal Church and was also a member of Ionic Masonic Lodge no 94.  David Baird died in Camden on 25 February 1927, and he was interred in Harleigh Cemetery. 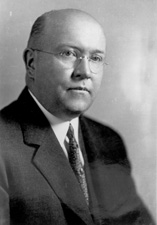 David Baird Jr (1881-1955) was born in Camden on 10 October 1881 and was the son of David Baird Sr and his wife Christiana Beatty.  He graduated from Lawrenceville School in 1899 and from Princeton University in 1903 and then, like his father, he engaged in the lumber business and banking in Camden from 1903 to 1929.  Baird was a director of the First Camden National Bank.

Later he worked as an insurance broker.  He acquired an interest in the Smith-Austermuhl Insurance Company and by 1947 he was president of that enterprise. 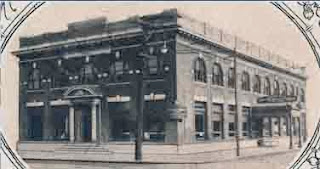 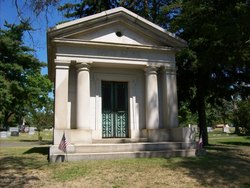 On 7 June 1950 he announced the closing of the David Baird Company lumber business that his father had founded in the 1870s.  However the Baird family remained in lumber for many years, operating the Haddonfield Lumber Company.

David Baird Jr died in Camden on 28 February 1955, aged 73, and was buried in the Baird mausoleum in Harleigh Cemetery.

Ulster emigrants made their mark in almost every part of the United States of America and there is a hardly a city, town of community without some evidence of that influence.
Posted by Nelson McCausland MLA at 17:08