The extent of Irish speaking 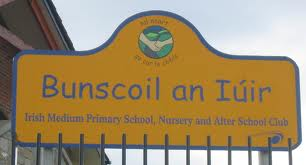 The limited extent of Irish speaking in Northern Ireland is highlighted in an answer to a written Assembly question.  The answer from Education minister John O'Dowd relates to children from families that use the language on a daily basis as the languge of the home.
English - 299,000 children
Polish - 3,847
Lithuanian - 1,564
Irish - 986
Portuguese - 755
Filipino - 650
Cantonese - 571
Malayalam - 518
Latvian - 359
Slovak - 294

The figure for Irish-speaking children is just 0.3% and is particularly interesting in that among primary school children Irish is the sixth most common language, with English as the most common at 96% and Polish coming second at 1.2%, roughly four times the figure for Irish.
There are many children who learn Irish in school and some of them may even attend Irish-medium schools but the figure of 986 indicates the number of schoolchildren who actually speak Irish with their parents as the language of the home.  Many of these homes will have more than one child and so the number of homes will be lower than the number of children but on the other hand there will also be some Irish-speaking homes with no schoolchildren in them.
Nevertheless what this shows is that the number of people who speak Irish on a daily basis and for whom Irish is their first language of choice, is much smaller than the number of people who record themselves in the census as Irish-speaking.  That figure will include all those who have learned Irish at school, in the same way as others learn French or German.
The fact is that even children who attend Irish-medium schools may not necessarily speak Irish at home as their parents may have no fluency in the language.
The census figures for Irish-speaking must therefore be treated with great caution.
Posted by Nelson McCausland MLA at 04:30