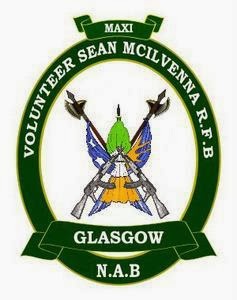 The Volunteer Sean McIlvenna Republican Flute Band is named after a member of the Provisional IRA.  Just in case there is any doubt about it the band include the word 'volunteer' in their name.
So who was Sean McIlvenna (1951-1984)?  He was born in the Docks area of North Belfast and grew up in Fortwilliam Park before settling on the Antrim Road.  After marrying Pat Burns he moved across the border to Dundalk and the couple had seven children.
He was killed on 17 December 1984 during a gun battle with the RUC in county Armagh.  McIlvenna was part of an IRA unit that had undertaken a landmine attack on a UDR patrol vehicle, with the intention of murdering the soldiers in it.
Today he is commemorated by the Vol Sean McIlvenna Republican Flute Band and the Sean McIlvenna Celtic supporters Club in Dundalk.
As regards the band you can get a flavour of their activities on two Facebook pages.  The band's own page is entitled VSM - RFB

There is also a page for the 'Vol Sean McIlvenna - Female Cumann'.  It says, 'We are the first all female cumann and part of the Vol Sean McIlvenna Republican Flute Band and are based in Glasgow.  We work within Cairde Ne hEireann and are currently looking for new girls to join our cumann in 2012.'  One of their announcements (15 May 2013) is that the band has produced a new badge to raise funds and they kindly provide a picture of the badge, incorporating two rifles of the kind often used by the Provisional IRA. 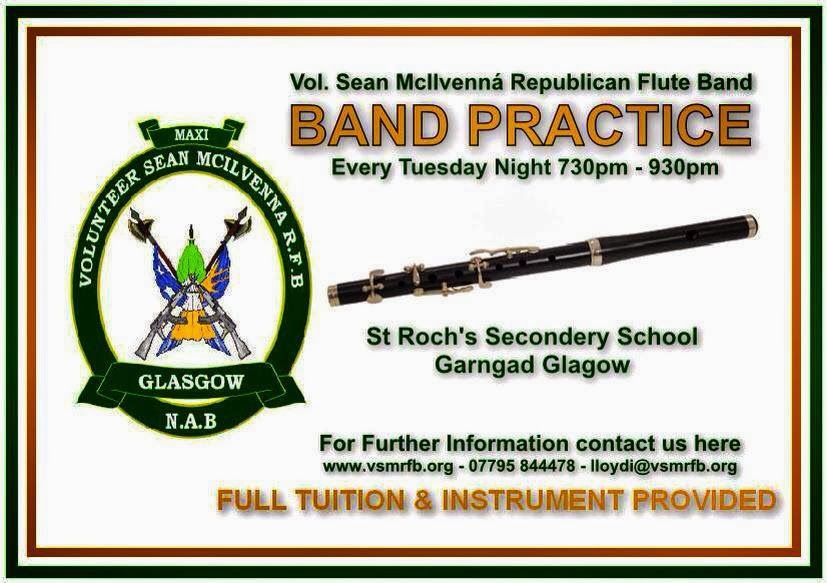 You can also visit the website www.vsmrfb.org which provides a history of the band and a picture of another badge, which incorporates a depiction of a masked IRA terrorist.  The website notes that 'the band has also enjoyed a special relationship with the close knit community of Bawnmore in North Belfast.'
Every Easter, for a number of years, the band has visited North Belfast for a Saturday parade down the Whitewell Road, past two Protestant churches and past an Orange hall, on its way to the republican memorial in Bawnmore.
This is not a parade that is solely within a nationalist community but rather it is a parade which passes places of worship and an interface.  Moreover it is a parade with which Sinn Fein has a close association.

That brings us to two questions.
1. Will Sinn Fein or the organisers of the Whitewell parade, who are clearly aligned with Sinn Fein, book Volunteer Sean McIlvenna RFB again this year for their Easter Saturday parade?  The very name of the band links it to a member of the Provisional IRA.

2. How will the PSNI and the Parades Commission respond to the parade this year?  Will they place any restrictions on the band and in particular as regards those things that associate the band with IRA terrorism and glorify IRA terrorism? 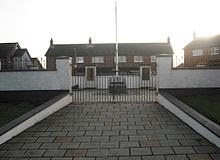 As regards the republican memorial in Bawnmore this commemorates republican activists who died in the Troubles and especially three IRA men who died on 7 April 1972.  They were preparing a bomb in a garage in Bawnmore Grove when the bomb exploded prematurely and they were killed instantly.  The three IRA men were John (Jackie) McErlean, Samuel Hughes and Charles McCrystal and the memorial was built in 2004.

Posted by Nelson McCausland MLA at 12:18