An Ulsterman in North Carolina 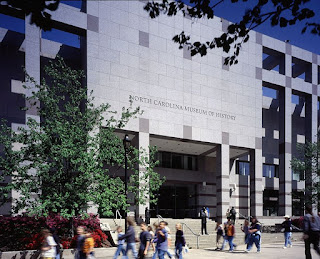 Some years ago I visited the North Carolina Museum of History in the city of Raleigh, North Carolina.  It is an excellent museum which explains the history of the state, including the influence of the Scotch-Irish.

Recently I came across their Facebook page.  On Tuesday 22 December their FB post was about one of the state's historic sites, Fort Dobbs, which is the only site in North Carolina dedicated to the French and Indian War (1754-1763), some years before the War of Independence.

There was a drawing of the old fort and link across to the website This Day in North Carolina History for 21 December.

The fort was named after Arthur Dobbs (1689-1765), who was the governor of the royal colony of North Carolina.

He chose the location in present-day Iredell County and charged Colonel Hugh Waddell and his frontier company of fifty men with protecting both the fort and the colonists against the encroaching French.

Arthur Dobbs was born on 2 April 1689 and was the eldest son of Richard Dobbs (1660-1711) of Castle Dobbs and his wife Mary Stewart, who was one of the Stewarts of Ballintoy in north Antrim.  Those were unsettled times in Ulster and Richard had sent his wife across to Scotland for safety.  As a result Arthur Dobbs was born in Girvan.

When peace was restored his mother brought him back to Ulster and he remained there until he moved to America as governor of North Carolina. 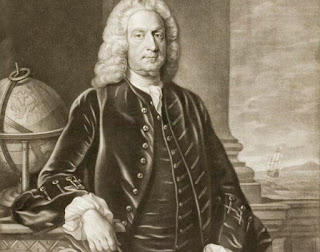 Arthur Dobbs became an engineer and surveyor and also served in the army before taking over the management of the family estate in east Antrim, near Kilroot.  He was elected MP for Carrickfergus in the Irish Parliament in 1727 and held that position until 1760.

Meanwhile he became a major landowner in North Carolina and encouraged many Ulstermen to settle there.  Following the death of the previous governor he sought for appointment as the new governor and he was confirmed on 25 January 1753 but he did not arrive in the colony until 31 October 1754.  The previous year he had finished rebuilding Castle Dobbs and it seems that he was determined to finish that project before going out to the colony.

The Dobbs family had been in Ulster for several generations and his house was just yards away from the ruins of the old castle that had been built by his grandfather.

He was the most prominent organiser of Scotch-Irish emigration to pre-revolutionary America and he remained governor of North Carolina for twenty years until his death on 28 March 1765.

Arthur Dobbs was just of the many Ulster-Scots who helped to make modern America.

Posted by Nelson McCausland MLA at 10:26