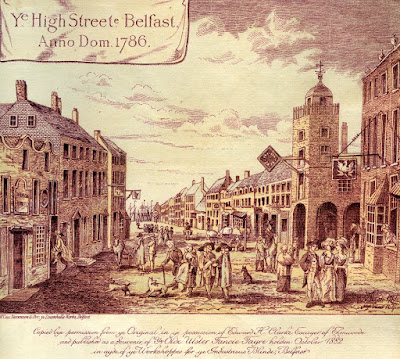 Today many folk associate the Ulster-Scots language with rural Ulster and especially with some rural areas in Antrim and Down but for many years Belfast was an Ulster-Scots speaking town.

The French traveller Le Chevalier de La Tocnaye (1767-1823) toured Ireland at the end of the 18th century and then published an account of his travels in 1797 under the title Promenade d'un Francais en Irelande.  Later it was translated into English and published in 1917 by John Stevenson in Belfast as A Frenchman's Walk through Ireland 1796-1797.

As regards the town of Belfast the French visitor wrote:


Belfast has almost entirely the look of a Scotch town and the character of the inhabitants has considerable resemblance to that of the people of Glasgow.  The way of speaking is much more Scotch than Irish.

At that time Belfast was a small town but it was predominantly Presbyterian and Ulster-Scots. 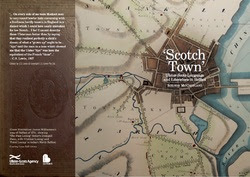