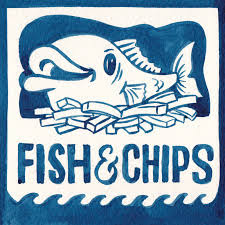 I came across the following key facts about fish and chips in a newspaper last week.

The first fish and chip shop opened in the British Isles in 1860.

However today the number has fallen to 10,500.  Nevertheless they account  for a quarter of all the white fish consumed in the United Kingdom and a tenth of all the potatoes.

I like to do my part to sustain a great British tradition!

The article noted a number of the names that have been given to fish and chip shops around the country, including The Codfather, The Plaice to Be and The Frying Scotchman.


Posted by Nelson McCausland MLA at 12:31