I would like to thank all those who helped in my election campaign in North Belfast and the 4,056 people who gave me their first preference votes.

I was first elected to Belfast City Council in 1989 and then to the Northern Ireland Assembly in 2003, so that is almost 28 years of service as a councillor and then MLA.

Even before I was elected in 1989 I had been involved as an activist for many years, so political, community and cultural activism have been a significant part of my life, alongside home and Christian faith.


So as well as thanking election workers and voters I want to thank my wife Mary who has been so tolerant of the many demands on my time and energies.  We were married in 1974 and she has a wonderful wife for the past forty-three years. 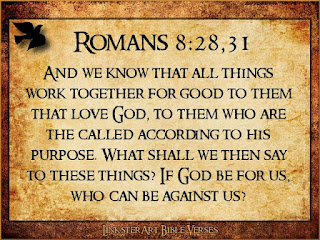 Quite a number of people of people have asked me how I feel about the election results and I have to say that I am disappointed at the overall result.  It was a very black day for Ulster and for many things that I hold dear.  However today is not the day for political analysis.  Instead I want to make this a very personal post.

Ever since Thursday two Bible verses has been very much in my mind and reflect how I view it at a personal level.


The first verse is Romans 8:28 - all things work together for good to them that love God.  That is a wonderful promise from a Sovereign God.  We may not understand the how or the why of things at the time but we can rest on that promise. 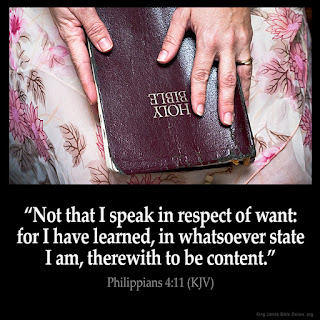 The second verse is Philippians 4:11 - I have learned, in whatsoever state I am, therewith to be content.

I am therefore reflecting on what doors of opportunity there are ahead and I believe there are ways in which I can advance the causes that remain near and dear to my heart.


Posted by Nelson McCausland MLA at 08:39