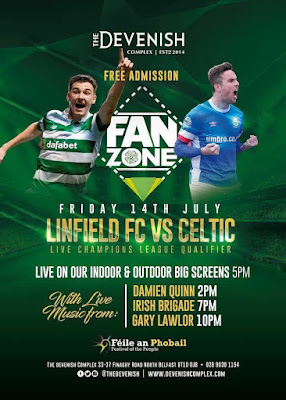 According to media reports West Belfast Policing and Community Safety Partnership (PCSP) has approved a grant towards a Fanzone for Celtic supporters at the Devenish Arms on Finaghy Road North.

This is to accommodate Celtic fans for tomorrow night's match against Linfield, with the match being shown live on the indoor and outdoor screens.

At the meeting of the West Belfast PCSP last month Sinn Fein councillor Matt Garrett tabled the proposal and said it had come from Feile an Phobail (West Belfast Festival) in conjunction with the Devenish Arms.

Sinn Fein is the dominant voice on the West Belfast PCSP so it is not surprising that the proposal was adopted.

The Sinn Fein councillor said the grant was supporting the 'external part of the Fanzone' and 'not any of the commercial elements of the Devenish'.

However most people will view the 'internal part' and the 'external part' as inseparable and certainly that is the case on the Devenish Arms facebook page. which features the logo of Feile an Phobail, the Fanzone and the name of the singers who will be providing entertainment for the Celtic fans.

The details of how the funding decision was taken will emerge in due course as will details of what information Feile an Phobail, the Devenish Arms and Councillor Garrett provided to the PCSP but what is particularly significant is the line-up of performers, Damien Quinn, the Irish Brigade and Gary Lawlor.

All three acts specialise in Irish rebel music and they are very popular with Celtic supporters.

Anyone wanting to sample the songs of Damien Quinn has only to check him out on youtube at one of his Rebel Sunday spots at the Rock Bar.  However I must warn you about both the sectarianism of the songs and the crudity of the lyrics. These Rebel Sundays are something of a republican 'hate-fest'.

Live performances often involve the audience shouting back 'F..k, f..k, f..k.'  This is just crude sectarianism at its basest and is it not the sort of song that radicalises young people?

Quinn was also a founder member of the rebel band Justice, from Newry, which wrote the song 18 Brits were blew to Bits, about the murder of 18 soldiers at Narrow-water, the murder of Lord Mountbatten on the same day, the murder of 9 police officers and the murder of Judge Gibson - a litany of murder for people to dance to! 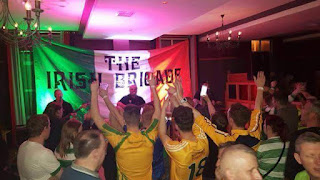 The Irish Brigade has a similar repertoire with classics such as My old man's a Provo and My Little Armalite.

This group also sing The SAM Song, which they composed themselves.  It expresses the joy of an IRA man who is delighted that after years of Armalites and mortars the IRA has access to SAM missiles! 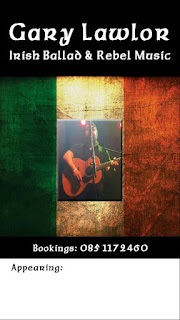 The third singer on the bill, Gary Lawlor, was at one time a member of the Irish rebel band The Druids, who were the cause of much controversy a few years ago at the Ardoyne Fleadh.

However long before that he had teamed up with another group as Gary Lawlor and The Rebels.  One of their songs is Sniper's Promise and another is entitled Paddy the Sniper.

Most people will be astounded that public money, especially money from a Policing and Community Safety Partnership could be used to pay for a Fanzone that is in any way associated with such sordid and sectarian 'rebel music'.

In recent days Sinn Fein's northern leader Michelle O'Neill talked about an 'annual display of hate'.  So before the event tomorrow night, will the media interrogate Michelle O'Neill about what is due to happen at the Devenish Arms?

Will they also ask the PCSP what they were told about the arrangements?

Will they interrogate Celtic Football Club about the association of their club name with this event?

Will they also ask the owners of the Devenish Arms about what is to happen on their premises?

It's over now to Stephen Nolan, William Crawley and all the rest ...  Over the course of the past week the BBC has spent a lot of time on bonfires so how about this for a change?  And with that list of people they should have plenty of material for a few days.

Posted by Nelson McCausland MLA at 14:21