Are the media soft on Sinn Fein?

Over the course of the past two weekends the two largest parties in Northern Ireland held their party conferences.  The first was the Sinn Fein ard fheis in Dublin and the second was the DUP conference, which was held near Belfast..

At the Sinn Fein ard fheis Eilish McCallion, the Sinn Fein MP for Foyle, praised Martin McGuinness for joining the IRA and described him as 'a proud member of the IRA' and her words got 'thunderous applause'.

You might imagine that this 'thunderous applause' for the IRA, in response to a speech by a Westminster MP, would cause a storm of media comment and criticism.

A good old row about 'rapturous applause for the IRA' is just the sort of thing the BBC would love to boost its audience figures, is it not?

But no, on Monday 20, the first weekday after the ard fheis both the Nolan Show and Talkback put the focus on the legacy of Gerry Adams and what next for Sinn Fein.

In fairness to Stephen Nolan he did mention the McCallion issue but it was dealt with in a few sentences and the programme moved on.  There was no interrogation of Eilish McCallion or indeed anyone else from Sinn Fein.

Later in the day I was on Talkback with  Brian Feeney and there again the focus was on Adams.  Yes Gerry Kelly was interviewed over the telephone by William Crawley at the start of the programme but he wasn't even asked about the McCallion issue oi the 'thunderous applause' for the IRA.

The fact that a member of the Westminster parliament got 'rapturous applause;' when she referred to the IRA passed almost unnoticed. 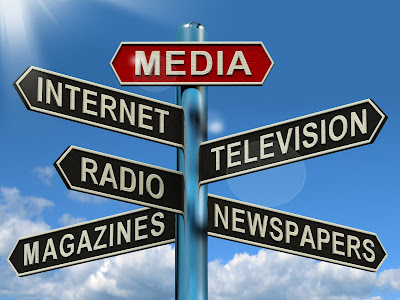 If an MP from any other party made a similarly outrageous statement they would be interrogated on programme after programme and if they refused to appear they would be doorstepped.  Yet there seems to have been no attempt to get Eilish McCallion on to these programmes so that Stephen Nolan and William Crawley could question her directly.

Am I alone in thinking that much of the media in Northern Ireland is soft on Sinn Fein?  I can think of other instances where a single statement at a party conference has been brought up again and again, long after the statement was made, but it seems that there is a different approach with Sinn Fein.

Of course someone could argue that this is the sort of thing we expect from Sinn Fein, but that argument doesn't stand up to scrutiny.  (1) This was a new MP, the up and coming generation of Sinn Fein and yet she was one of the most abrasive speakers of the day; not a good sign for the future.  (2) There is an obligation on the BBC to be fair and there should be no differential or preferential treatment for Sinn Fein.


Posted by Nelson McCausland MLA at 14:10