Along with my colleague Edwin Poots, the Minister for the Environment, I hosted a reception at Stormont tonight for Colin Turkington from Portadown, who won the 2009 British Touring Car Championship. 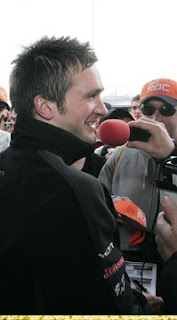 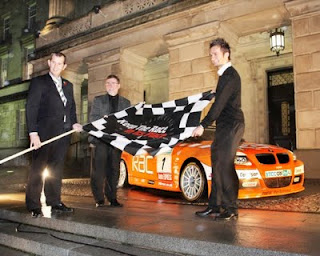 Colin is a modest young man and a credit to his family.  He started his career racing karts as a hobby, under the watchful eye of his father Trevor, and then at the age of 15 he got the chance to race cars at Bluestone in Craigavon and got involved with stock car racing.  The opportunity came to race in England where the level of competition was much higher and he also faced the challenge of combining his car racing with his studies for a business degree at Stirling University.
He is a fine ambassador for Northern Ireland sport and his next personal target must be to win the World Touring Car Championship.  I wish him well in his future career.
Motorsports are very popular in Northern Ireland and my department has allocated £2 million over the next two years for health and safety improvements at motorsport venues.  This is an indication of our commitment to motorsports and of devolution delivering for the people of Northern Ireland.
Posted by Nelson McCausland MLA at 13:08