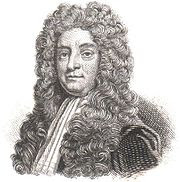 Today the News Letter carried a page of photographs of the Hans Sloane Awards 2010.  The awards ceremony was held in the Ulster Museum and the prizes recognise the highest achievers in A level physics, chemistry and biology in Northern Ireland.
The awards are provided by the Hans Sloane Memorial Fund, which was established in 1960 to commemorate the life and work of the Killyleagh-born physician, scientist and collector Sir Hans Sloane (1660-1753).
Sloane was an Ulster-Scot and the son of a Scottish settler in Ulster.  He invented drinking chocolate, his collections became the foundation of the British Museum and Sloane Square in London was named after him.
It is good that his name is remembered and commemorated in this way.  Great Ulster scientists such as Sloane and Lord Kelvin are an important part of our cultural heritage
Posted by Nelson McCausland MLA at 05:43