The Twelfth in Eire

Eire politician Michael McDowell, a former tanaiste, has suggested that the Twelfth might become a public holiday in the Republic.  The suggestion was made at the MacGill Summer School in County Donegal. 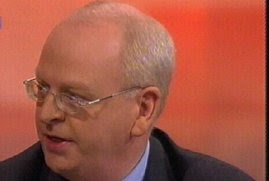 During his address last Wednesday Michael McDowell, a former leader of the Progressive Democrats and a former attorney-general, asked if 12 July should become a national holiday.  He asked if it was 'perhaps now time to consider the Twelfth a national holiday across the island - that is if 'the Orange' is truly to be seen as part of 'the nation' at all?'
'Could an Irish government minister in the near future attend a Twelfth demonstration in Northern Ireland in the same way they now attend St Patrick's day parades around the world?' he asked.
He said that there was a failure in the Republic to address the significance of the orange panel of the Tricolour.  'It has been famously conceded that Northern Ireland was a cold place for Catholics.  But that raises a question,' he said.  'Are we in the south warm towards the Orange tradition?  Do we respect it?  Have we created a society, a history and a culture in which the Orange tradition, so understood, finds itself in a cold place?'
He said the 'great majority of the people of the Republic still have difficulty in according genuine parity of esteem to the Orange tradition in Irish history' but they needed a 'great change of heart'.
Michael McDowell raises important questions about how the Orange family, especially in the border counties, is accommodated in the Republic.
He also raises questions about how nationalists in Northern Ireland view the Orange tradition and treat that tradition.  I noted his reference to the Orange section in the Tricolour and recalled that republicans had erected Tricolours, with that Orange section, on the Crumlin Road in Belfast in order to express their opposition to an Orange parade on 12 July!
This was an interesting speech from Michael McDowell and I welcome it in that it shows a warmth and respect for the Orange tradition. It certainly contrasts sharply with the bitterness and sectarianism shown by many republicans and even by some nationalists in Northern Ireland.

Posted by Nelson McCausland MLA at 00:05