I hosted a lunch at Stormont to mark the 100th board meeting of the Ulster-Scots Agency.  It was an opportunity to speak to the board members and I spoke about: 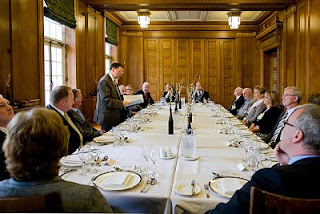 looking backward
I recalled the formation of the Ulster-Scots Language Society in 1992 and the Ulster-Scots Heritage Council, now the Ulster-Scots Community Network, in 1995.  It was an opportunity to pay tribute to those who were the pioneers in the field.  I also outlined some aspects of the progress that has been made since then. 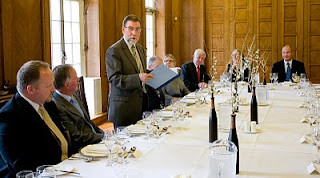 looking inward
We must also look inward at the Ulster-Scots cultural movement and recognise both the strengths and the weaknesses.  I identified the need for high quality projects and for quality assurance and authenticity in all projects.  There will always be critics but it is foolish to provide ammunition for them. 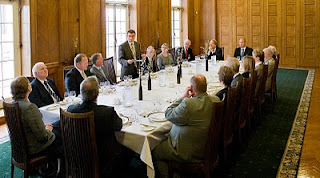 looking outward
It is also important to look outward and see what perceptions Ulster folk have of Ulster-Scots culture.  In that regard the recent DCAL-commissioned surveys will be extremely useful. 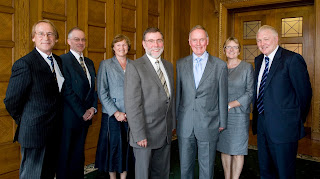