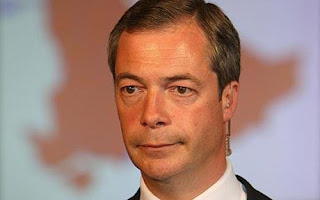 Nigel Farage MEP is the leader of the United Kingdom Independence Party.  Many Ulster folk will share their stance in relation to the European Union but there is another aspect of UKIP which most people will find less appealing and that is its libertarianism.
You can't get a better illustration of that than the following quotation from UKIP leader Nigel Farage MEP, which was part of an interview in the Daily Telegraph (18 November 2010):

Yes I am a libertarian.  I think prostitution, for instance, should be decriminalised and regulated.  I feel that about drugs too.  I am opposed to the hunting ban and the smoking ban, too.  What have they to do with government?

The libertarianism of the UKIP leader leads him to a position where he wants to legalise prostitution and heroin!  That is the sort of position that libertarianism leads to.
Posted by Nelson McCausland MLA at 16:18