GARC and the Ardoyne riots (5) 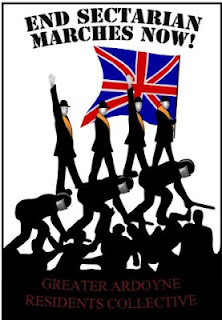 The march organised by Greater Ardoyne Residents Collective (GARC) on 12 July had a banner at the front.

The same image appears on a wall mural in Ardoyne and it provides a clue to the nature of GARC. 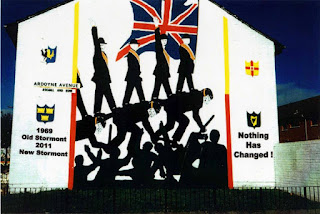