SDLP in disarray on 'gay marriage' 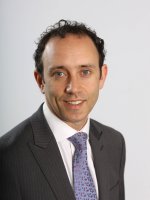 The SDLP has certainly got itself into 'another fine mess' after the appearance by Conal McDevitt MLA at the Gay Pride Talks Back event during Gay Pride Week in Belfast.
McDevitt told the audience that the SDLP supported 'gay marriage' and that two SDLP councillors in Belfast, both former lord mayors, would get a 'dressing down' for failing to vote in favour of 'gay marriage' during a debate in Belfast City Council. The two councillors were Pat Convery and Pat McCarthy.
At the event McDevitt also said that marriage existed before and outside of scripture and may even have included same-sex marriage.

Subsequently the SDLP press office issued a statement to the NewsLetter confirming that the party supported 'gay marriage', although members would have freedom of conscience.
However party leader Alasdair McDonnell has now set the record straight.  He acknowledged that there were a range of views within the party and that the matter had yet to be decided.  'We will in due course debate this further.  I have no doubt that it will be an issue for our conference in November.'
McDonnell also suggested that McDevitt was 'playing to the gallery' when he made his statement at the Gay Pride event.  That seems to be a fair assessment of his South Belfast colleague.
Conall McDevitt certainly thrives on publicity and he has got plenty of publicity for his solo run on matters of party policy and party discipline.  However he has caused the SDLP serious problems and only time will reveal the full impact of his performance.

Posted by Nelson McCausland MLA at 01:41