SDLP in disarray on 'gay marriage' (2)

This morning the Irish News reports a further development in the SDLP story.
Councillor Pat McCarthy from South Belfast, one of the two SDLP councillors who did not back a 'gay marriage' motion at Belfast City Council, has hit out at his South Belfast colleague for suggesting that he should be disciplined.
McCarthy, a former Lord Mayor, said, 'I certainly broke no party rules.  There is no policy on 'gay marriage'.  Policy is made at conference and between conferences the body responsible for making policy is the party executive.  I sit on the party executive and 'gay marriage' has never been raised.'
The SDLP is clearly concerned about the controversy and both party leader Alasdair McDonnell and deputy leader Dolores Kelly have moved to clarify party policy after Conall McDevitt claimed that the party was '100 per cent' behind moves to legalise 'gay marriage'.  In what the Irish News describes as a 'clear rebuttal' McDonnell said that McDevitt was 'maybe playing to the gallery' at the Gay Pride event by making the 'exaggerated' claim. 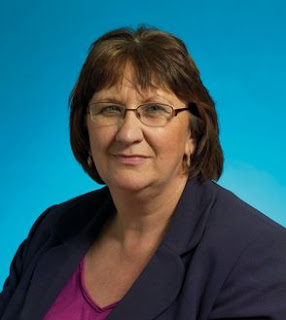 Meanwhile Dolores Kelly has revealed that the issue was discussed at a meeting of SDLP MLAs in June and 'the view was that the party as a whole would support 'gay marriage' as the SDLP is a party of equality.'  However members could abstain on grounds of conscience if a vote was taken at a council, Assembly or Westminster.

This disclosure will now put pressure on SDLP MLAs to state how they voted at the meeting, if indeed there was a vote, and where they stand on the issue.  There will also be pressure for SDLP councillors and MPs to state their position.
Of course at the end of the day, as stated by Pat McCarthy, it is the party conference and the party executive which determine party policy, not the Assembly group.

The SDLP is already troubled by deep divisions and this latest controversy over 'gay marriage' will only make the situation even worse.
Posted by Nelson McCausland MLA at 03:28