Welcome to Carnlough ... or maybe not 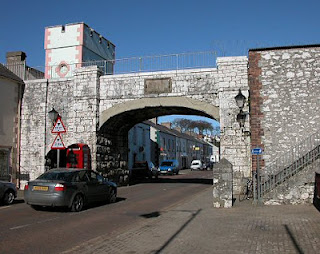 Carnlough is a pretty little village with a picturesque harbour at the foot of Glencloy and on Saturday evening there will be a small procession by Royal Black Preceptory 377 and a  band through the village.  However Sinn Fein have tarnished the image of the village as a welcoming place by objecting to what will be a small and dignified parade.
The Parades Commission has agreed not to impose restrictions on the Royal Black Preceptory when it walks through Carnlough on Saturday evening.  After the main demonstration and parade in Larne the preceptory and their band, the Constable Anderson Memorial Old Boys Band will parade in Carnlough and then in Glenarm.  The route in Carnlough goes along Bay Road to Marine Road, Bridge Street, Harbour Road, Havelock Place and High Street, back to Bay Road. 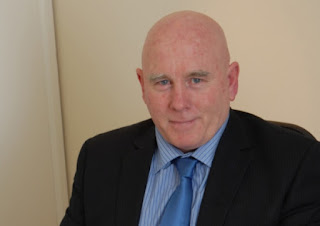 Sinn Fein councillor James McKeown was quoted in the Irish News today as saying, 'Our concern is why are they using that band.  We have absolutely no problem with the local band marching around the village.'  Indeed he said he was 'shocked' to learn that the band accompanying the preceptory would be from Larne rather than Carnlough.
Now you may want to read that again ... but yes that is what he said.  What is his objection to the band? ... they come from Larne.  It seems that in previous years the preceptory had booked the Carnlough Flute Band but this year they had changed to the Anderson Memorial  Indeed a representative of the Royal Black Institution was quoted as saying that preceptories could 'invite a band to march alongside members and that sometimes the preferred band was unavailable.'  However it seems that Councillor McKeown would like to be able to dictate who the preceptory invite to lead their parade.

Whenever I visit Larne I find the people very friendly but the Sinn Fein councillor seems to have some dislike for people from the town ... or maybe it's just the members of the band, althought I doubt if he even knows them.  But then that's prejudice for you.

Councillor McKeown then had another objection and said, 'We have concerns over the timing of the parade as it clashes with people coming out of 6.30 pm mass.'  This parade will pass any point in a few minutes and those who are emerging from the Roman Catholic church can either pause for a moment to avoid the parade or come out and watch it.
Not to be outdone by his party colleague East Antrim Sinn Fein MLA Oliver McMullan then called for restrictions to be imposed on both the route and the music.'  However he did not say what the restrctions should be.  It seems that a call for restrictions is the automatic default position of Irish republicans.
Coastal villages such as Carnlough are supposed to be welcoming places but there seems to be no welcome for the visitors from Larne.
Councillor McKeown, who lives in Carnlough, was co-opted on to Larne Borough Council on 21 November 2011 to replace Oliver McMullan, but soon found himself embroiled in some controversy when it was noted that on his Facebook page he listed among his interests the Provisional IRA and Oglaigh na hEireann.
Posted by Nelson McCausland MLA at 16:01