The 'faith' of the atheist 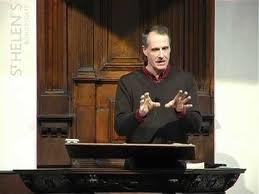 Rev William Taylor
The following 'letter to the editor' was written by Rev William Taylor and appeared in The Times yesterday (16 October).  It was one of a number of letters that appeared in response to an opinion piece by Matthew Parris on 13 October.  In that article Parris argued that 'when advocacy is driven by the advocate's belief that he is obeying God's command, we ought to be told, and are often not.  Religious convictions should be declared as financial interests are.'
The atheist (or secularist) position, with its accompanying ethical codes, is just as much as 'faith position' as that of the Christian.  To 'believe' that there is no God is equally as much a position of 'faith' as to 'believe' that there is no God.
If the 'religious' are to declare their hand in public debates then so ought atheists.
Rev William Taylor
Rector, St Helen's Church
Bishopsgate, London EC3

William Taylor served in the British Army as an officer in the Royal Green Jackets for five years before being ordained.  In 1995 he joined St Helen's, in the heart of the City of London, and he became rector in 1998.
His point is well made and absolutely right.  Moreover it stretches beyond this area of interest.  Some time ago I pointed out that a local commentator on welfare reform, Goretti Horgan, was being described as an academic.  However she is also a political activist, associated with the far-left Socialist Workers Party.  She has been interviewed in the media on a number of occasions as an 'academic expert' but her political activism is rarely mentioned.  Indeed I can only recall hearing it mentioned once on the radio and that was after I had raised the issue.
The same is true of journalists, who may well hold strong political views or may be assertively secularist.  I can think of two mainstream media figures whom I first encountered many years when one of them was an election candidate for Sinn Fein - The Workers Party and the other was her election agent.  There are others in the media who at one time had a strong religious faith but have now abandoned it and have now become very anti-evangelical.  Yet these things are not 'declared' in the way that Matthew Parris wants.
There seems to be a 'liberal consensus', which is actually very illiberal, that Christians should be subjected to high levels of scrutiny and transparency, even when others are not.
Posted by Nelson McCausland MLA at 00:41