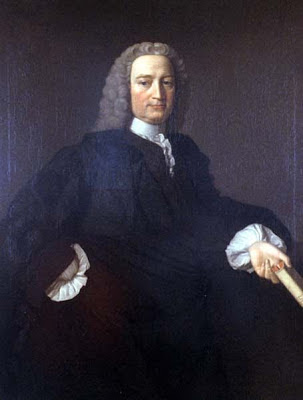 There was a letter in the Irish Times (19 November) about a great Ulster-Scot and one of the greatest Ulstermen of all time, Francis Hutcheson. This is part of the letter:

Hutcheson is regarded as 'The Father of the Scottish Enlightenment and must rank as one of the great thinkers of his era.

He worked as a teacher in Dublin from 1719 to 1730. His masterful work An Inquiry Concerning the Original of our Ideas of Beauty and Virtue was published in 1725. Appointed to the Chair of Moral Philosophy at the University of Glasgow in 1730, Hutcheson had a profound influence on a generation of Scottish philosophers including Adam Smith and David Hume.

His writings also inspired the founders of the United States of America particularly Thomas Jefferson and Benjamin Franklin. Franklin described him as 'the ingenious Mr Hutcheson'.

Francis Hutcheson died in Dublin in 1747 when visiting friends in the city and he now lies in an unmarked grave in central Dublin.

Hutcheson was born at Dumalig in the parish of Saintfield and was the son of a Presbyterian minister of Ulster-Scots stock. Like many other Ulster-Scots he was educated at the University of Glasgow and then afterwards he became a tutor in the home of the Earl of Kilmarnock. In 1716 he was licensed as a minister of the Chruch of Scotland. However he was associated with liberal 'new licht' theology and became a teacher in an academy in Dublin.   Later he returned to Glasgow as professor of moral theology.
There have been many books written about the role of Ulster-Scots in the making of modern America, including the struggle for independence. Hutcheson never crossed the Atlantic but his radical ideas were taken to America by other Ulster-Scots and hence there was an influence on Jefferson and Franklin and other advocates of independence. He was one of a number of Ulster-Scots influences on the ideology of independence and he is someone of whom Ulster-Scots can be proud.
Posted by Nelson McCausland MLA at 13:35