Mary Ann McCracken and the Union 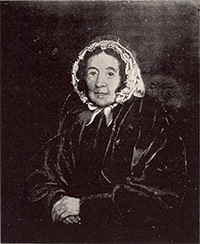 Many of the Ulstermen who fought in the ranks of the United Irishmen in 1798 came to accept and indeed approve of the Act of Union.  A small minority of them did not become unionists but the vast majority of them did.
Those who died in 1798, such as Henry Joy McCracken, went to their graves before there was an Act of Union and so we cannot know what their views would have been had they survived.
However I was interested to read the following quotation which I came across in old newspaper cutting.  It is taken from a letter in the Irish News (29 October 2008) and includes an extract fom a letter written by Mary Ann McCracken (1770-1866), sister of Henry Joy McCracken:

While I'm not qualified to ascertain what the leaders of the 1798 rebellion may have thought of the Act of Union, I think Mary Ann McCracken, sister of Henry Joy McCracken, may have been.  A letter from Mary Ann McCracken is quoted in her biography.  It states: '... in thinking of those who were gone, and how delighted they would have been at the political changes that have taken place...'

I do not know the date of the letter or the precise significance of this short extract but it does raise interesting possibilities and I intend to check it out.

Later in the letter to the Irish News the contributor noted that the 1798 rebellion in Ulster was very different from that in the rest of Ireland.

In conclusion, and returning to the key point of my original letter, unionists, particularly Presbyterian unionists, have as much right to claim a heritage from the Ulster 1798 rebels - they have more right than the sectarian republicans of the 21st century.

In terms of denominational ties, heritage and ethnicity the unionist Presbyterians of [today] are the children of the Ulster rebels of 1798 and this is something to be cherished and promoted.

I find this interesting in the context of Clifton Street cemetery, which holds the grave of Mary Ann McCracken and possibly the remains of Henry Joy McCracken, as well as the grave of Dr William Drennan.  A few years ago dissident republicans, led by the Henry Joy McCracken Republican Flute Band held a commemoration in Clifton Street.  Subsequently I pointed out that Drennan had turned his back on republicanism and become a unionist.  At their next commemoration they dropped Drennan, who was obviously now an embarassment, and commemorated McCracken, gathering at the grave of Mary Ann McCracken.
However it is just possible that their claim on the McCrackens may not be such a solid claim as they imagine!


Posted by Nelson McCausland MLA at 13:07