The cost of the AV referendum 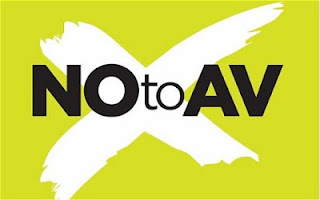 In May 2011 the United Kingdom held a referendum on changing the national voting system from 'first past the post' to AV (Alternative Vote).
The demand for AV came from Nick Clegg and the Liberal Democrats while the Conservatives backed keeping the current system and Labour was split on the issue.
In the end voters decisively rejected the Liberal Democrat proposal to introduce the AV system.  More than 19 million voters turned out for the referendum, which was a 42% turnout, with 6,152,607 voters backing the proposal and 13,013,123 rejecting it.
Afterwards Nick Clegg said, 'I wish I could say this is a photo finish but it isn't and the result is very clear. This is a bitter blow for all those people like me who believe in the need for political reform.'

Recently the Electoral Commission announced that the referendum had cost £75 million.  This was lower than the estimate of £100 million which was often quoted diring the referendum campaign but £75 million is still a very large figure.  Jenny Watson, who chairs the Electoral Commission, said, 'The public have a right to know how their money is spent at major polls and we've been able to set this out for the first time today.'
With the Conservatives against AV, the Labour Party divided and only the Liberal Democrats supporting it, the outcome was fairly predictable but in order to placate the Lib Dems the Coalition government squandered £75 million that would have been much better spent on public services.


Posted by Nelson McCausland MLA at 12:11