Seamus Heaney and the Union flag 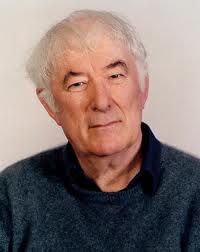 Yesterday (28 January) The Times carried an exclusive interview with the poet Seamus Heaney.  The front page of the section was a photograph of Heaney over which the newspaper had printed one sentence from the interview.  That sentence was:

There is never going to be a united Ireland so why not let Loyalists fly the flag?

Seamus Heaney was born in county Londonderry in 1939 and is a poet, playwright, translator and lecturer.  He was the professor of poetry at Harvard and Oxford and his work was recognised in 1995 when he was awarded the Nobel Prize in Literature.
Although he was born in Northern Ireland, Heaney has lived in Dublin since 1972 and he once wrote: 'Be advised my passport's green.  No glass of ours was ever raised to toast the Queen.'
It is that background which makes his comment about the Union and the Union flag all the more important.  The sentence on the front page comes from the following paragraph:

'Loyalism, Unionism or Protestantism, whatever you want to call it,in Northern Ireland it operates not as a class system, but a caste system.  And they have an entitlement factor running: the flag is part of it.  There's never going to be a united Ireland, you know,' he says plainly.  'So why don't you let them fly the flag.'

Heaney recognises that there will NEVER be a united Ireland and I just wish that nationalist politicians would also recognise this fact.  Yes they have a right to hold an aspiration for a united Ireland but they should be honest enough to admit that it will never happen.

Many public speakers in Northern Ireland, including some nationalist and republican politicians, use quotations from Seamus Heaney.  However I doubt very much if this will be the one they use.
Posted by Nelson McCausland MLA at 00:44