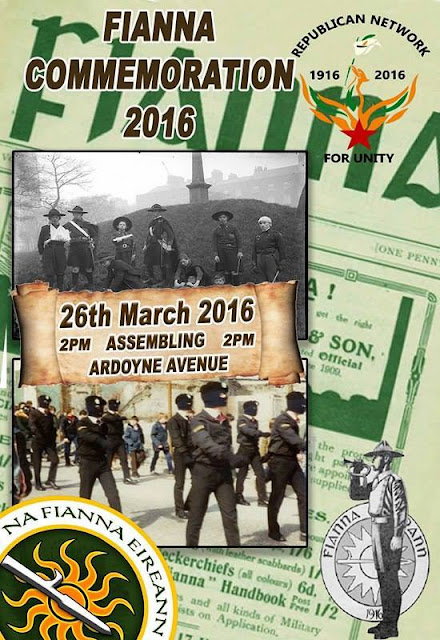 According to a report in the Irish News (29 March):


Police are investigating two separate parades on Sunday which are thought to have taken place without proper authorisation.  The Easter commemoration in Ardoyne was organised by Republican Network for Unity and featured a recorded address by prisoner Tony Taylor.  In a statement issued yesterday ACC Stephen Martin said, 'We are investigating breaches of Parades Commission determinations in Coalisland and un-notified processions in Ardoyne and Lurgan.'

A quick check of the RNU Facebook page confirmed that there was an RNU Fianna Commemoration parade in Ardoyne on Saturday 26 March, assembling at Ardoyne Avenue at 2.00 pm. 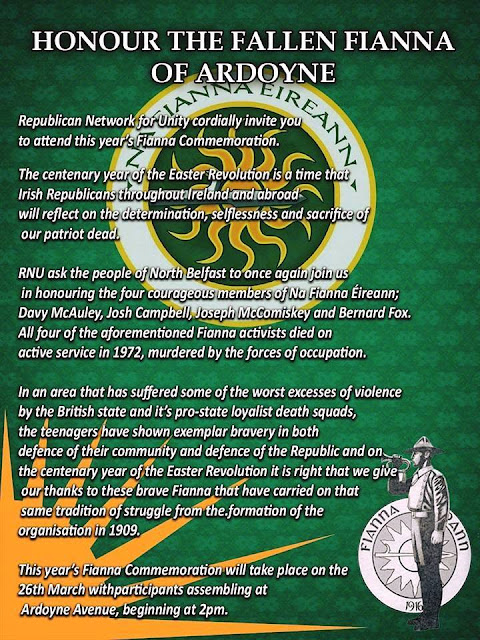 However a quick check of the Parades Commission website confirmed that there was no notification of an RNU parade in Ardoyne on either Saturday or Sunday.  Any RNU parade or parades in Ardoyne must therefore have been illegal.

The RNU has posted some photographs of the Saturday event on its Facebook page. 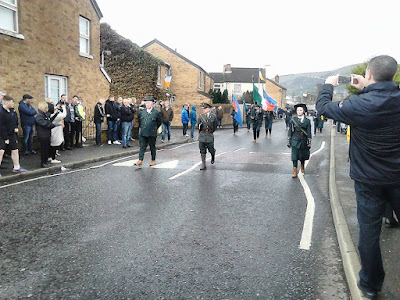 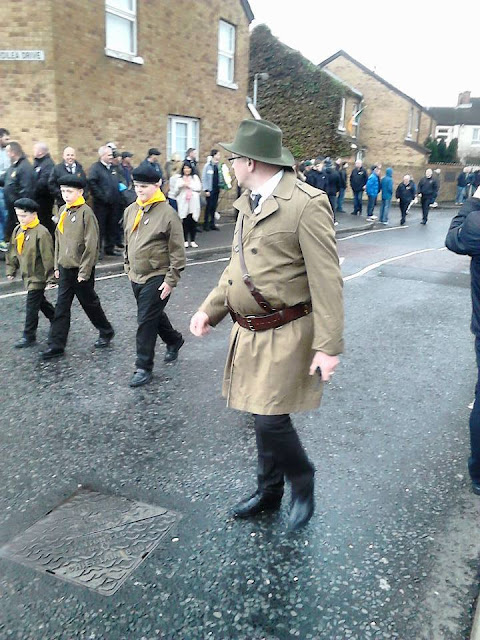 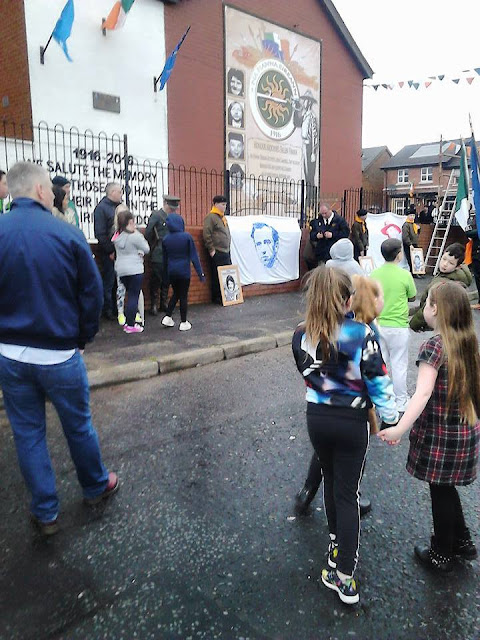 Clearly those who took part in the illegal RNU parade on the Saturday were not masked so the PSNI should have little difficulty identifying them and bringing them before the courts.  We will therefore be expecting a substantial number of arrests and prosecutions within a comparatively short period of time.

Our intention is to meet with the PSNI later this week to get an update on what happened in Ardoyne, how the PSNI gathered information and what action they are now taking. 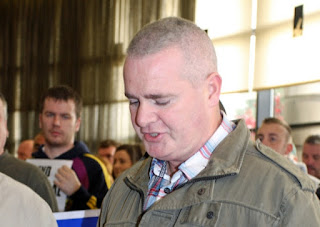 A recorded message by senior RNU member Tony Taylor from Londonderry was played at the Ardoyne event.  On 10 March Taylor was returned to Maghaberry after his licence was revoked by the Secretary of State..

Posted by Nelson McCausland MLA at 16:29