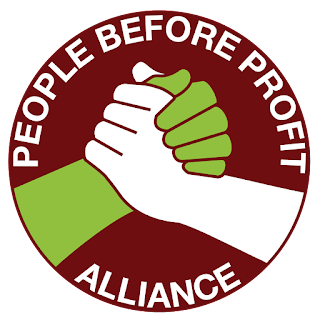 It was suggested to me that over the next few weeks I should write a few posts on some of the smaller republican and 'far left' parties for the forthcoming election.  It's not that unionist voters would be voting for them but political anoraks tend to take an interest in these things.

The People Before Profit Alliance operates in Northern Ireland and the Irish Republic and was formed in October 2005 by the Socialist Workers Party as a Trotskyist front organisation.

However its roots go back to 1950 when Tony Cliff (1917-2000) founded the Socialist Review Group.  This tiny group of Trotskyists adopted a strategy of 'entryism' into the Labour Party in order to reach a wider audience and recruit new members.  After that it became the International Socialism Group at the end of 1962 and around 1965 it abandoned the strategy of 'entryism'.

According to the group's historian Ian Birchall, the position of the International Socialists was one of 'unconditional support for the IRA in the struggle against imperialism'.  In 1977 the group was renamed the Socialist Workers Party.  Such is the tangled world of Trotskyism.

Meanwhile in Ireland the Socialist Workers Movement was formed in 1971 by members of the International Socialists who were living in Ireland and who had previously been members of the People's Democracy and several other small groups.  The SWM argued that it was the duty of revolutionary socialists to support republicans in fighting against 'British imperialism'.  They supported IRA prisoners and some of their members were active in the anti-H Block committees.  The SWM also encouraged people to vote for Sinn Fein.  But that was back then.

At its conference in 1995 the SWM was renamed the Socialist Workers Party and it argued that the Sinn Fein leaders were moving to an accommodation with imperialism.  It was time for them to strike out on their own and in 1997 the SWP began contesting elections in the Irish Republic. 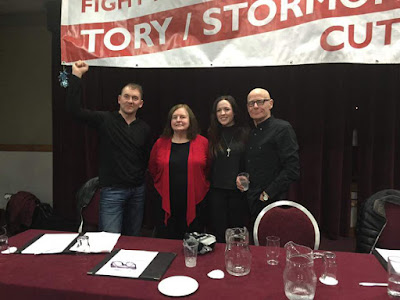 The People Before Profit Alliance has fielded a younger generation of candidates but there are still those who go back to the early days of the Troubles.  Eamonn McCann is standing for PBP in Foyle and his election agent  is none other than his old comrade from the day of the People's Democracy, Bernadette (Devlin) McAliskey.  Bernadette is also travelling down to Belfast for the campaign launch in West Belfast for Councillor Gerry Carroll.

Some folk will remember Bernadette as not only an agitator in the ranks of the People's Democracy, but also one of the founders of the Irish Republican Socialist Party, the political wing of the INLA. More recently, on 12 May 2007, McAliskey was the guest speaker at a James Connolly commemoration organised by Eirigi, one of the many dangerous and 'dissident republican' groups.


Posted by Nelson McCausland MLA at 10:54