Labour Alternative is the name of a new 'political front' organisation, similar to People Before Profit.  In this case it is a front for the Socialist Party, a Trotskyist party formerly known as Militant. 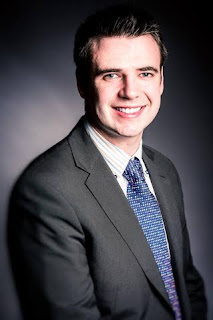 In the constituency of East Antrim a 24-year-old student named Conor Sheridan is standing as a candidate under the banner of Cross-Community Labour Alternative, although he will appear on the ballot paper as 'independent' since the new organisation did not manage to get registered in time for the election.

Conor is an accountancy student from Larne and a former pupil at St MacNissi's, Garron Tower.

Back in January he announced that he would be standing as an Independent in East Antrim and gave an interview to the Larne Times (28 January 2016).  As part of his pitch he said that he would:


Continue to support our war veterans by injecting more cash into Help for Heroes.

That was his policy back in January but now that he has thrown in his lot with the Trotskyists, is that still his policy and what do Labour Alternative think about it?  So over to you Sean Burns and Courtney Robinson.

At the age of 24, Conor Sheridan is actually the oldest of the three candidates being fielded by the Labour Alliance.  Sean Burns, the candidate in South Belfast and a socialist activist., is aged just 19 and Courtney Robinson in East Belfast an 18-year-old call centre worker, having previously been president of the Students Union at the Belfast Metropolitian College.

Posted by Nelson McCausland MLA at 07:42