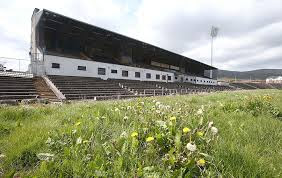 The Spotlight programme on BBC1 tonight was about the Casement Park debacle and it was useful in that it identified and explored some of the key issues about emergency exiting and the safety of spectators.

The GAA representative, Stephen McGeehan, was extremely uncomfortable when the presenter, Conor Spackman, produced a GAA plan that proposed purchasing and knocking down five houses outside the ground in order to improve the arrangements for spectators to exit the ground safely in case of an emergency.  However that document is an important piece of evidence.  The GAA would never have come up with that proposal if they had not been aware of the problems around emergency exiting.

The former DCAL minister Caral Ni Chuilin was very defensive about what she did or didn't know of these issues but again Spackman was able to produce the minutes of a meeting which she chaired and there was a reference to the issue of emergency exiting.

The Sport NI safety expert Paul Scott was very clear and confident in his account of what happened and he was backed up by Professor Phil Scraton, who is professor criminology at Queen's University, whose book Hillsborough - The Truth, is the definitive account of the Hillsborough disaster and its aftermath.

Theer are many other aspects of the Casement Park debacle that the programme was unable to cover, probably because of time and because of their complexity, for it is a complex issue.  However having chaired so many meetings of the Assembly's CAL Committee inquiry into Casement, I believe there is still more work to be done to get to the bottom of who knew what and when they came to know it.

The good news for local residents is that today the GAA has stated that in any future plan there will be no demotion of houses.  They also stated that they would not be holding out for a capacity of 38,000.  I think this is a 'soft admission' or an 'implicit admission' that they had got it wrong last time

It seems fairly clear that the capacity of a redeveloped Casement Park will be a lot less that previous anticipated and that is essential if it is to be a safe stadium. 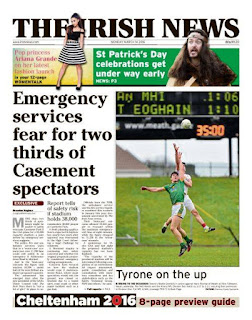 Posted by Nelson McCausland MLA at 16:00