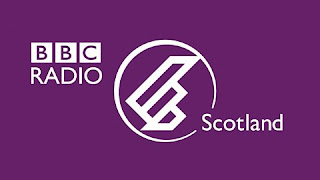 As the Thursday talks deadline passed, I was interviewed on Radio Scotland, along with former Sinn Fein election candidate Chris Donnelly.  The interview, which was conducted by Bill Whiteford, covered various aspects of the political impasse but the Sinn Fein demand for a free-standing Irish Language Act received particular attention because it has been one of the republican party's 'red lines'.

Bill Whiteford:
Chris Donnelly, why is Irish such a shibboleth?

Nelson McCausland:
It's not so much about language, it's about identity.

Chris Donnelly:
Really at the root of it, The unionist opposition to the Irish language really comes down to a desire to frustrate expressions of the Irish national identity in the north of Ireland.

Chris Donnelly acknowledged that the Irish Gaelic language was an 'expression of the Irish national identity'.  As I  had said earlier in the conversation, 'It's not so much about language, it's about identity.'

That's why we need a genuine conversation about expressions of cultural identity, including the two minority languages, and a Culture Act that settles such issues on a basis of equality.  That conversation has never taken place and I suspect Sinn Fein don't want it to take place.

Sinn Fein talk about equality and their election posters included one that demanded 'EQUALITY NOW!' while another declared that they were 'STANDING FOR EQUALITY'.

Then let them honour that commitment and accept that there can be no preferential treatment for the Irish language and an Irish national identity.  Or is it the case that they really do see equality as a 'Trojan horse'?

During the interview Bill Whiteford used the Scots word 'scunnered' and as regards the arrogance and intransigence of Sinn Fein, I can really say, 'A'm fair scunnered!'

Posted by Nelson McCausland MLA at 18:38