Sinn Fein MLA Gerry Kelly  has objected to an Orange lodge parade in the Ballysillan Road area of North Belfast.  The parade has been organised by Cavehill Temperance LOL 1956 and will make its way from Joanmount Gardens up to Kilcoole, where some of the Orange brethren live..

In stating his objection, Gerry Kelly argued that there had never been a parade in the area, which is totally untrue.

In fact there have been similar parades in the past by Orange lodges and bands and that is not surprising.  There have been Orange brethren living in the estate since it was built and parades to or from the home of the Worshipful Master of a lodge are quite common.

Kelly's claim was false.  It's what they call 'fake news' or in this case 'republican propaganda'.

Unfortunately the Irish News columnist Newton Emerson seems to have accepted what Gerry Kelly said as being the truth, obviously without checking its veracity. In his Saturday newspaper column he described the application as 'a ludicrous application by a new lodge ... where there has never been an Orange parade before' and he said it was an 'attempted act of intimidation'.

These are just two of the errors in what Gerry Kelly said and in what Newton Emerson has written and those errors will be addressed in due course but there was something else in Newton Emerson's article which I found grossly offensive.  He wrote:

However, the brethren still have a problem.  Their proposed route includes some of the steepest streets in Northern Ireland, of a gradient the modern plebeian will struggle to climb unaided.'

Having described the area as 'mainly middle-class' he then refers to the route as being problematic for the 'modern plebeian', a word which is often shortened to 'pleb'.  Newton Emerson's choice of that word is very revealing

The modern significance of the word was highlighted a few years ago in the case of the Tory MP Andrew Mitchell, who was alleged to have described a policeman as 'a pleb'.  The controversy became known in the media as 'Plebgate' and the use of the word 'pleb', which Mitchell disputed, was interpreted in the media and by many others as a class-based insult.

The difference here is that Newton Emerson can't dispute his use of the word 'plebeian' because it is there to be seen in black and white in the pages of the Irish News.

As regards its current meaning I will defer to the Concise Oxford English Dictionary which explains both  plebeian and the abbreviated form pleb: as 'a member of the lower social classes.

The descriptions 'pleb' or 'plebeian' are generally recognised as 'derogatory' and all of this raises the important question:

I understand that Newton Emerson now lives in North Belfast and will therefore be familiar with the topography of the area, hence his reference to the steepness of the streets.  However he is not that well acquainted with the area or else he might not have written the paragraph.

The members of the Orange lodge, some of whom live in Kilcoole, are very well aware of the steepness of the streets.

As local residents themselves they know the area, better than Newton Emerson or Gerry Kelly, and they are used to walking around those streets, whether coming home from work, or going out with their families or visiting neighbours and friends.

As if the use of the word 'plebeian' was not bad enough Newton Emerson then wrote:


Should this attempted act of intimidation proceed past the drawn blinds of suburbia, marchers might just hear the distant laughter of their betters - for a Protestant, the most devastating residents' protest of them all.

Well that makes it perfectly clear that this is a 'class-based insult'.  The members of the Orange lodge are 'plebs' and other people are 'their (middle-class) betters', who will laugh at them.

I looked up that word 'betters' in the dictionary and it was defined as 'one's superiors in social class' - so there we have that word 'class' again.

What Newton Emerson has written just oozes a smug snobbery that is extremely unpleasant. 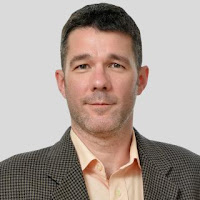 He describes himself as a 'liberal unionist'  but the use of the word 'pleb' or 'plebeian' seems to be the very antithesis of genuine liberalism, as is the suggestion that 'their betters' might laugh at them.

That brings me back to the phrase 'class-based insult' and an arrogant mindset that is prevalent in the ranks of the 'liberal elite'.

Posted by Nelson McCausland MLA at 01:07