Naomi, you certainly don't speak for me and my wife

Naomi Long MLA, the leader of the Alliance Party, has attacked recent statements about marriage, which were made by Dr Stafford Carson, the convenor of the doctrine committee of the Presbyterian Church.

Last night the focus was on 'same-sex marriage' and much was made of the decision by Lord Alderdice, a former leader of the Alliance Party, to resign from the Presbyterian Church.

Today a new avenue was opened up by Naomi Long, the current Alliance leader who was responding to what Dr Carson had said.  She was described as 'a Presbyterian who has no children' and said:

'To suggest that my marriage is in some way invalidated because we have no children is profoundly insulting and hurtful.'

In fact Dr Carson said nothing about a marriage being 'in some way invalidated' just because the partners in the marriage have no children.  That is a misrepresentation of what he said and bears no resemblance to it. 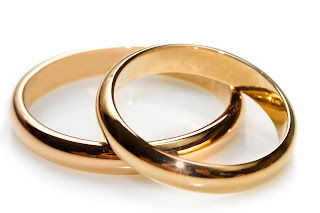 Naomi Long referred to her marriage as one in which there are no children however they are certainly not the only married couple with no children.

Mary and I have been married for 43 years and we have no children, not through choice, because we wanted very much to have children.  Yet we would not disagree with one word of what Dr Stafford Carson said about marriage.  He was simply explaining what the Bible teaches about marriage.

There was nothing 'profoundly insulting or hurtful' in what he said and neither did he say nor imply that the marriage of a couple with no children is in any way 'second class'.

I know that my wife would have been a wonderful mother but that was not to be.  However she has been a great help to many children down through the years and she has devoted countless hours to working with children and young people, something she continues to do today and all in a voluntary capacity

Before posting this I spoke to her about Naomi Long's comments and she immediately said, 'Write something about that.'  That's why I can say that I am writing for both of us..

It is disappointing that Naomi Long and some others have misrepresented what Dr Carson said, because what he said about marriage was based on the Word of God.

Posted by Nelson McCausland MLA at 13:08