Newton Emerson and his 'class-based insult' of the Orange Order

Last Saturday the columnist and commentator Newton Emerson devoted part of his column in the Irish News to the arrangements for an Orange lodge to transfer its banner to the home of the incoming Worshipful Master.  In so doing he described Orange brethren as 'plebeians' and suggested that their middle-class 'betters' would laugh at them,

Newton Emerson has returned to the subject in the Irish News today and has written:

The Orange lodge mentioned in last week's column over a planned parade through a mixed residential neighbourhood in north Belfast has been in touch to clarify reports.  Cavehill Temperance Lodge says it is not new but a reconstituted lodge last open in 1976, there have been parades in the area before, this one is not so much a parade as processing a banner to the lodge master's house and it has nothing to do with the flagging of lampposts in the area.

With master appointed annually, processing of banners by reconstituted lodges looks like a way of pulling 'traditional routes' out of thin air.

At least the brethren are not that bothered about me calling them 'plebeians', unlike tribune of the people and former DUP MLA Nelson McCausland, who has demanded I acknowledge this was a 'class-based insult'.  Of course it was a class-based insult. I really don't see how I could have made that any clearer.

Emerson has summarised the clarification from the Orange lodge, albeit with no acceptance or admission on his part of previous error.  He has then gone on to introduce in the second paragraph something that is purely the product of his own fervid imagination.  However my previous post was primarily about his use of the word 'plebeian', which I described as a 'class-based insult'.

Today Newton Emerson has confirmed that he intended his words to be a 'class-based insult':  He wasn't 'mis-speaking' it was an intentional insult.  Here again is what he says:


Of course it was a class-based insult, I really don't see how I could have made that any clearer. 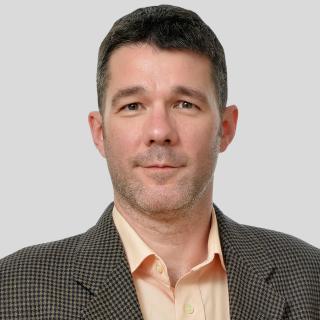 So the 'smug snobbery' of his original column shines through again this week and it is still extremely unpleasant, albeit typical of many in a 'liberal elite' which is thoroughly illiberal.

I was then amused by Newton's description of me as a 'tribune of the people, a term that in the original Latin was 'tribunus plebis'.  Newton really does have a fondness for that word 'pleb'.

Newton also says that I had demanded he 'acknowledge' his words were a 'class-based insult', which he does but in fact I had demanded that he 'apologise' for it.
Unfortunately there is no apology and so the culpability is compounded.

Finally Newton has assumed that because the clarification from the Orange lodge was about the 'floating of the banner', 'the brethren are not that bothered about me calling them plebeians'.  That is a big assumption and I suspect an erroneous assumption.

The focus of the brethren and their political representatives will have been on countering the unfounded criticisms from Sinn Fein, along with the Alliance Party, SDLP, Workers' Party and Green Party.  In that situation the opinion of Newton Emerson or any other columnist matters very little.  It is of secondary importance.

However I have spoken to several members of the lodge who said they do deserve an apology and they are absolutely right.
Posted by Nelson McCausland MLA at 04:44