This year Sir James Galway, Seamus Heaney and Michael Longley all celebrated their 70th birthday but as far as I know the local arts sector did not pick up on the fact that another Ulster-born poet was 70 years old. George McWhirter was born in Belfast on 26 September 1939 and grew up in a large extended family on the Shankill Road.  His father James McWhirter was a shipyard worker and his mother Margaret (McConnell) was a shopkeeper.
He was educated at Queen's University and Stranmillis College and then taught in schools in Kilkeel and Bangor.  After that he taught in Spain and then in 1966 he moved to British Columbia, where he taught at Port Alberni before studying for an MA at the University of British Columbia.  McWhirter stayed on at the university and was appointed professor in 1982 and then head of the creative writing department from 1983 to 1993.
He writes both poetry and fiction and some of his later work deals with Northern Ireland.  The Listeners (1991) explores the lives of a group of musicians in Protestant Belfast and A Bad Day to be Winning (1991)  is a series of short stories set in Protestant Ulster.  In March 2007 the city of Vancouver named him as its inaugural poet laureate for a two-year term.
It seems to me that too often we forget those who have left these shores and made their mark elsewhere.  George McWhirter is just one example and there are many more. 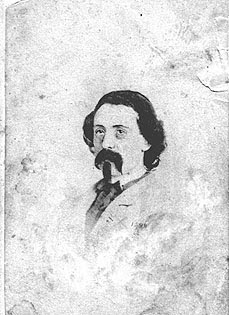 For example, how many books on Ulster or Irish artists mention Henry McArdle (1836-1908), who was born in Belfast but eventually settled in Texas.  There he painted a number of important people and events in the history of Texas, including Dawn at the Alamo and The Battle of San Jacinto, which hang in the Senate chamber in the Texas Capitol, and The Settlement of Austin's Colony, which hangs in the hall of the House of Representatives in the Texas Capitol.
Those who are tasked with preserving and promoting our cultural wealth have a responsibility to raise awareness of these artists, whose work is part of that cultural wealth.
Posted by Nelson McCausland MLA at 12:32