I was tidying up some newspaper cuttings today and came across some articles relating to housing need in North Belfast. 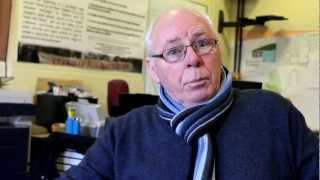 There are some nationalists who cannot bring themselves to accept that there has been a higher level of new social housing provision in nationalist north Belfast than in any other part of Northern Ireland and Frank Dempsey seems to be in that camp.  Such erroneous and unfounded views are deeply divisive.  They damage community relations and that is regrettable, especially because they are erroneous.  Either houses are being built or they are not and it is clear that they are.

This is the first of several posts on housing in North Belfast and the next will be on a small housing development at Somervale, a much-needed development that was held up for almost ten years and the leading opponent was Alex Attwood of the SDLP.

I want to see house building in both unionist and nationalist areas because it is clear that there is a need in both communities.

Posted by Nelson McCausland MLA at 15:40