Some advice for Finola Meredith 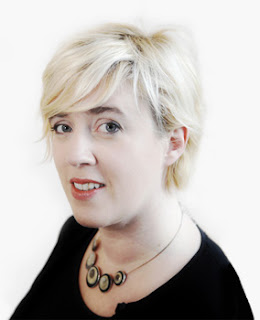 A few days ago I published a post entitled 'Compassion for the unborn child.'  It was in response to an article by Finola Meredith in the Belfast Telegraph (18 October) about the opening of the Marie Stopes Clinic in Belfast.  Finola's article was entitled 'Why pro-life zealots need to show more compassion'.
My response was a short and simple post entitled 'Compassion for the unborn child' and I suggested that another viewpoint might be, 'Why pro-abortion zealots should show more compassion ... for the unborn child.'  It was a calm and measured response and since it was in reply to Finola Meredith, I added a photograph of Finola, copied from the Belfast Telegraph, at the top.
Finola had another column in yesterday's Belfast Telegraph (24 October) and it was entitled 'People in positions of power need to behave with maturity'.  Most of it was directed at the Attorney General John Larkin, whom she accused of making 'intemperate interventions'.  She then devoted a short paragraph to Health Minister Edwin Poots and a further two short paragraphs to my blog.  Here is what she said

In a much smaller way, it's the same when Social Development Minister Nelson McCausland singles out female journalists who have incurred his wrath - Hi Nelse! - and puts pictures of them on his personal blog.
For instance I can't imagine British education minister Michael Gove sticking a big mug shot of Guardian columnist Polly Toynbee on his website.  You'd like to think that Government ministers would be above such petty sniping.

So what should I make of that?

1. She claimed that I 'single out female journalists who have incurred my wrath.'  Certainly not Finola, the rich diversity of the blog covers many subjects and many people.  Indeed the most recent post was certainly not about a female journalist ... it was about a bearded politician from county Louth, with a bad memory, a Belfast accent and declining support base.

2. 'Sticking a big mug shot', an unfortunate choice of phrase, on the blog.  I don't know what significance she attaches to the addition of photographs to the blog because she hasn't told us but it seems to upset her.  However I cannot understand how that constitutes 'petty sniping'.  The fact is that I generally add pictures on my blog, whether the post is sympathetic or critical or a bit of both.  There was a picture of the bearded politician from county Louth on the last post.  As regards Michael Gove, I don't read his blog - in fact I don't know if he has a blog - but what is the relevance of that.  Blogs are written and published in many different styles.
3. The word 'wrath' is totally inappropriate as is the phrase 'petty sniping'.  My posts are always calm and measured and I think that her choice of terminology may well reflect the fact that she was irked by my response advocating 'compassion for the unborn child'.
4. But back to the title of Finola's current article, 'People in positions of power need to behave with maturity.'  I can certainly agree with that and since we are all too aware of the power of the press, I assume that this also applies to journalists, including herself.  So perhaps in future Finola will take her own advice and avoid the sort of immaturity she displays in the little extract above.
Posted by Nelson McCausland MLA at 15:53