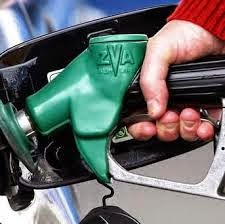 According to newspaper reports Tommy Crossan was shot dead on Friday 'at the illegal diesel site he ran' off the Springfield Road in West Belfast.
Crossan had once led the Continuity IRA and served six years in prison for a gun attack on a police station in Belfast.
The PSNI must now direct their efforts to apprehend the murderers and bring them to justice.  However the location of the murder raises several important questions for the PSNI.
(1) How was it that Tommy Crossan was able to run an illegal diesel business in the heart of our capital city.  Were the PSNI unaware of his activities?  Surely as someone who had a lengthy record of terrorism and criminality he was the sort of person the PSNI should be keeping under surveillance.  It seems that either the PSNI were not keeping him under surveillance or else they were turning a blind eye to the illegal diesel business.
(2) If there was an illegal diesel business on the Springfield Road, how many other illegal diesel businesses are there operating elsewhere in Belfast?
(3) What are the PSNI doing to bring this criminality to an end?
These questions certainly deserve answers and the Policing Board and the Justice Committee at Stormont are places where they can be asked.
Quite a number of diesel laundering businesses have been uncovered around the border with the Irish Republic but I have not heard as much about action against the outlets for the illegal diesel.
Posted by Nelson McCausland MLA at 11:01