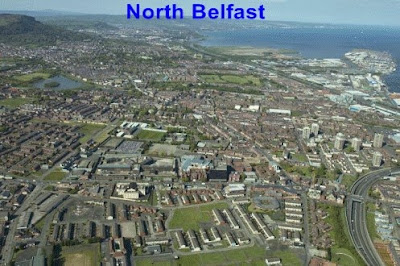 This is a corrected version:

The candidates list for each constituency has now been published and in North Belfast we have DUP 3, Sinn Fein 2, SDLP 1, UUP 1, PUP 1, People Before Profit 1, Independent 1, Alliance 1, Green Party 1 and Workers Party 1.

People Before Profit is a flag of convenience for the Trotkyists of the Socialist Workers Party.  So it will be interesting to see how they poll and what happens to their transfers when they are eliminated.

The Green Party are fielding the same candidate again and there is also an Independent candidate about whom I know nothing.  It was suggested by Raymond McCord in the newspapers that he might run in this election but that suggestion hasn't materialised.

There is certainly going to be a scramble on the far left but as regards the main parties in North Belfast, they are fielding the same candidates as last year, while the UUP and PUP have changed candidates.

I am not expecting any major shift in support for the main parties and we are in for an interesting campaign and an equally interesting count.

The DUP encourages voters to transfer to other pro-union parties as has generally been the case across the unionist family, but sadly this time Mike Nesbitt's fascination with Colum Eastwood has overruled that and there is no encouragement from the UUP for Ulster Unionist voters to transfer to other unionists.  That is disappointing because with five seats instead of six in each constituency those final transfers could prove very important.  I don't think Mike had really thought through his slogan of 'Vote Mike, get Colum' and this is the outworking of his flirtation with the SDLP.


Posted by Nelson McCausland MLA at 14:35